Though this is not our article and even its, not the topic some people request us that please tell us what is Operating System. So by accepting their requests, we will tell you in this article that What is Operating System? It’s Types, Functions and other tasks in complete detail and step by step. So let’s know what is this and what are its functions.

What is the Operating System? It’s Types, Functions and other tasks

Examples of some Operating Systems:

Important functions of the Operating System

Here are some important functions of the Operating System:

What is the Operating System Security

Operating system Keeps track of time and resources used by various tasks and users, this information can be used to track resource usage for a particular user or group of user.

The operating system constantly monitors the system to detect errors and avoid the malfunctioning of the computer system.

Coordinating between other Software and Users

Operating systems also coordinate and assign interpreters, compilers, assemblers and other software to the various users of the computer systems.

The operating system manages the Primary Memory or Main Memory. Main memory is made up of a large array of bytes or words where each byte or word is assigned a certain address. Main memory is fast storage and it can be accessed directly by the CPU.
It keeps tracks of primary memory, i.e., which bytes of memory are used by which user program. The memory addresses that have already been allocated and the memory addresses of the memory that has not yet been used.

In a multiprogramming environment, the OS decides the order in which processes have access to the processor, and how much processing time each process has. This function of OS is called process scheduling. An Operating System performs the following activities for processor management.

An OS manages device communication via their respective drivers. It performs the following activities for device management. Keeps tracks of all devices connected to system. Designates a program responsible for every device known as the Input/output controller.

A file system is organized into directories for efficient or easy navigation and usage. These directories may contain other directories and other files. An Operating System carries out the following file management activities. It keeps track of where information is stored, user access settings and status of every file and more… These facilities are collectively known as the file system.

Here are some important types of Operating Systems:

A single-user operating system is a type of system that has been developed and designed to use on a computer.

There are two types of operating system

Designed to manage the computer so that one user can effectively do one thing at a time.

Designed with a single user in mind but can deal with many applications running at the same time. This type of operating system most people use on their desktop and laptop computers today.

These types of OS allows more than one program to run concurrently. These are used for the tasks share common processing resources, such as a CPU and main memory. In the process, only one CPU is involved, but it switches from one program to another so quickly that it gives the appearance of executing all the programs at the same time.

Multiprocessing, in general, refers to the utilization of multiple CPUs in a single computer system. Enables several programs to run concurrently. The term also refers to the ability of a system to support more than one processor and/or the ability to allocate tasks between them

A real-time operating system is an operating system intended to serve real-time applications that process data as it comes in, typically without buffer delays. Processing time requirements are measured in tenths of seconds or shorter increments of time.

So in the end, we try our best to explain in detail that What is the Operating System? It’s Types and Functions If this tutorial helps you then tell us in the Comments box. If you like this tutorial then SUBSCRIBE Our YouTube Channel for the latest updates. You can also Like Our Facebook Page and Follow Us On Twitter too. 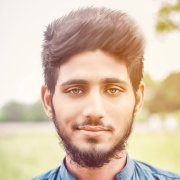 How to recover deleted files with Recuva Software